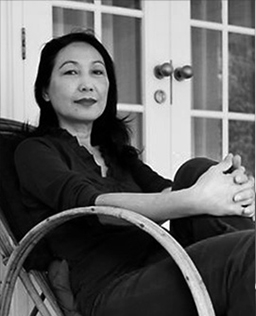 Rreviewed as a “Premier Australian filmmaker” by Asia Week magazine, and “one of the most convincing successes of the new wave Australian filmmakers” by France magazine Cahiers du Cinema, Pauline Chan has directed and produced feature films and TV series in joint ventures with top companies in the past 20 years.  Her films has been invited to official screening at the most prestigious film festivals including Cannes, New York, Berlin, Tokyo, Sydney and Berlin. She has also line-produced for Sony Pictures (Ultra Violet) in Shanghai, and Warner Newline (Rush Hours 2) in Hong Kong.  Between 2010 -12, Chan pioneered the first two official co-productions with HengDian Group China: 33 Postcards (as director/writer/producer) and Dragon Pear (Producer)l.  Between 2016 -19, Chan was executive producer of the Australian scientific thriller The Gateway directed by John Soto, was the Australian Producer for two Chinese TV drama series, Lost in KunLun by Li Hao JiJi, and Butterflies across the Sea by director Cao Dun, and was Australian producer for Hong Kong feature film Integrity directed by Alan Mak.  Chan made history as the first Asian Australian, and first film director to be appointed by the Governor General as a Commissioner of the Australian Film Commission (3 years). Chan is founder of Australian Darkroom Films.